Barricade Therapeutics, Corp. is a privately held biotech company based in Dallas – Fort Worth, TX.  Barricade was founded based on discovery and advancement of novel first-in-class small molecules, by integrating complex molecule synthesis, chemistry, and molecular pharmacology with targeted therapeutic approaches in both cancer and neurology.  The company is focused on the development of uniquely innovative targeted drugs for the treatment of patients with cancer and neurodegenerative diseases such as multiple sclerosis (MS). 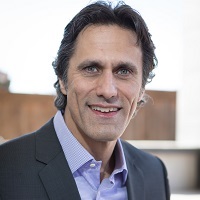 In his previous roles, Dr. Thapar was the Director and Head of Clinical Pharmacology at ESSA Pharmaceuticals. Prior to ESSA, Dr. Thapar founded a consulting company providing drug development guidance and strategy to start-up biotech companies in Texas and also served as VP of Nonclinical Development and DMPK at Claria Biosciences.

Before Claria, he held the Director of Drug Metabolism and Pharmacokinetics position at Reata Pharmaceuticals for over 6.5 years where he was instrumental in guiding synthetic triterpenoid molecule (NrF2 activator) selection, advancement and PK/PD evaluation both clinically and non-clinically; two of which are currently in late stage clinical development, bardoxolone methyl and omaveloxolone.

Prior to Reata, he held the Clinical Pharmacology Research Specialist position at the Pharmaceutical Development Center at The University of Texas MD Anderson Cancer Center where he led a team and instructed post-doctoral fellows focused on development of investigational anthracyclines & clinical therapeutic monitoring of anticancer agents. 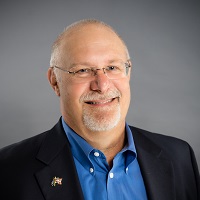 Dr. Walling is a highly experienced drug development executive who has held positions of increasing responsibility in research, development and manufacturing operations within a number of pharmaceutical companies, and contract manufacturing organizations.

He spent 10 years at Reata Pharmaceuticals, serving as Vice President, Quality Operations. Previous roles have included stints at ILEX Oncology Inc., the Cambrex Corporation, and Abbott Laboratories. At present, he is serving as the part-time VP of CMC at Salarius Pharmaceuticals in addition to his role at Barricade.

Dr. Walling received a Ph.D. in Organic Chemistry from Iowa State University with a focus on natural products synthetic chemistry. He is a member of the ACS, AAPS and the Regulatory Affairs Professionals Society (RAPS) and held a RAC certification for several years. He has been a North Texas resident for over 12 years. 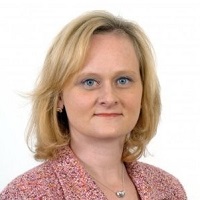 Ms. Krauth is an experienced biopharmaceutical executive, investor, and entrepreneur with over 25 years of industry experience. She spent a number of years as a business strategy consultant to large biopharmaceutical companies including J&J, AstraZeneca, Glaxo SmithKline, and Millennium. The focus of this work was primarily drug development strategy and defining/improving key cross-functional company processes.

She was a key contributor to the growth of Texas-based Reata Pharmaceuticals, serving in a number of senior management roles including as the cross-functional Project Leader for the company’s lead asset.

In recent years, she has focused on building and investing in Texas-based biotech companies. In this capacity, she has taken on several interim CEO roles and served on the Boards of multiple biotech start-ups. She also serves on the Boards of the non-profit incubator Tech Fort Worth and the trade association bioNorthTx. 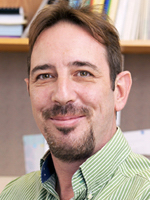 In 1998, he was recruited to the University of Texas Southwestern Medical Center at Dallas, where he was promoted to Full Professor in 2007 and appointed Program Leader of the “Chemistry and Cancer Scientific Program” of the Simmons Comprehensive Cancer Center. He currently holds the Julie and Louis Beecherl, Jr., Chair in Medical Science, and in 2014 was elected as a Fellow of the American Association for the Advancement of Sciences. Jef De Brabander was an Alfred P. Sloan Foundation Fellow (2001-03), received the “Journal Award” from the editorial boards of Synlett and Synthesis (2006) and an Academic Development Award from the Chemistry Council of Merck Research Laboratories (2004-08).

He is currently a consultant for Omm Scientific, Inc., and is serving on the Scientific Advisory Boards of SunnyLife Pharmaceuticals, Reata Pharmaceuticals, and Barricade Therapeutics, the latter two of which he was a co-founder. Dr. De Brabander has documented his scientific contributions in over 80 peer-reviewed publications and 13 patents, and at >50 major conferences and named lectureships. Jef De Brabander was a member of the National Institutes of Health Study Section, the Chair of the 51st Gordon Research Conference on Natural Products (Tilton, New Hampshire, July 2010) and the ESF-COST conference on Natural Products Chemistry, Biology and Medicine III (Maratea, Italy, September 2010). 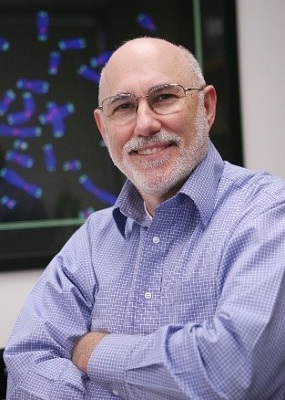 Jerry W. Shay is the Vice Chairman of Cell Biology, an Associate Director of the Simmons’ NCI Designated Comprehensive Cancer Center, and holds The Southland Financial Foundation Distinguished Chair in Geriatrics Research at UT Southwestern Medical Center in Dallas Texas. In 2012 he was awarded a University of Texas Regent’s Outstanding Teaching Award, in 2013 the Piper Foundation Professor Award, and in 2015 the Distinguished Basic Science Educator Award. Dr. Shay’s seminal work on the relationships of telomeres and telomerase to aging and cancer is well recognized with an h index of 120. Importantly, he conceived and led the studies that identified a targeted therapy for cancer cells with a mutated APC gene, called TASIN (truncated APC selective inhibitor). Dr. Shay received the AlliedSignal Award, the Ted Nash Foundation Award, the American Association of Aging Hayflick Award, the Ellison Medical Foundation Senior Scholar Award, and the Eunice Kennedy Shriver NIH Alliance Pioneer Award. Dr. Shay has been a consultant on multiple scientific advisory boards for companies such as Procter Gamble, Corixa, Biowhitaker, Clontech, Rexahn, and Sierra Science. In addition, he helped start Geron Corporation that focuses on telomerase therapeutics. Dr. Shay is currently on the Scientific Advisory Board for Reata Pharmaceuticals, Irving, Texas; Life Length, Madrid, Spain; and is a Founding Scientist and Scientific Advisory Board member of Barricade Pharmaceuticals, Fort Worth, Texas, and THIO Therapeutics (part of Maia Biotechnology), Chicago, Illinois. He recently started a new company Telos Biotech that is using telomerase to improve immune cell function as part of normal aging and in diseases of telomere dysfunction. 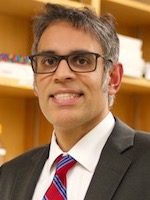 Dr. Nijhawan leads a research program dedicated to discovering the mode of action for anti-tumor toxins. Through active collaborations with synthetic chemists, his group uses chemical derivates that contain photocrosslinkers and alkyne groups to identify the direct and functional targets of these toxins.

In a complementary approach, his group has also optimized a forward genetic strategy that identifies mutations that lead to resistance. Using these technologies, they have discovered the target and mode of action for five toxins over the last 3 years. These discoveries have led to targets in fatty acid metabolism, cholesterol biosynthesis, RNA splicing, and DNA replication and have the potential to catalyze the drug development. Dr. Nijhawan is also a trained medical oncologist and attends on the oncology service at Parkland hospital. He completed his internal medicine training at the Massachusetts General Hospital and fellowship training in medical oncology at the Dana Farber Cancer Institute. 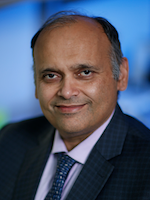 Sunil Sharma, MD, is the Deputy Director of Huntsman Cancer Institute, the Director of the Center for Investigational Therapeutics (CIT), and an investigator at Huntsman Cancer Institute (HCI). Sharma is also a professor in the School of Medicine at the University of Utah and the Co-Leader of the Experimental Therapeutics Program at HCI. He holds a Jon and Karen Huntsman Presidential Professorship in Cancer Research.

Sharma is an expert in the development and testing of new cancer therapies. At HCI, he is working to increase the portfolio of high-quality clinical trials, including phase I trials. He is also establishing a translational oncology lab to support related studies. In addition, his clinical interests are focused on treatment of patients with gastrointestinal cancers (colon, pancreatic, esophageal, rectal, liver), mesothelioma, and rare tumors (carcinoid, neuroendocrine tumors, and carcinomas of unknown primarys).

Before joining HCI, Sharma built a phase I clinical trials program at the Nevada Cancer Institute where he oversaw more than 25 clinical trials. He led a global oncology drug development program at the drug manufacturing company Novartis. He also worked as a physician in the Division of Gastrointestinal Oncology at Memorial Sloan-Kettering Cancer Center, New York City. He earned a medical degree at the University of Delhi, New Delhi, India. 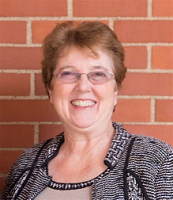 After nearly 20 years as a CPA specializing in international tax with Andersen, Darlene co-founded a pharmaceutical manufacturing company with her father and brother.  Her father died soon after the company was founded and Darlene bought her brother’s half of the company and became the CEO, leading the company to tremendous growth. She was named the 2003 Ernst & Young Southwest Region Entrepreneur of the Year in Life Sciences, was the only American on the list of the nine Leading Women Entrepreneurs of the World in 2004 and was on the Inc 500 list for three years in a row.  Following her sale of the company in 2006, she became Executive Director of TechFW, a technology business incubator in Fort Worth, establishing multiple programs for entrepreneurs, universities and angel investors, including the Cowtown Angels Network.

Since her retirement in late 2018 from TechFW, Darlene has continued her work with entrepreneurs:  coaching TechFW clients, providing CPA services to other early-stage companies, investing as a member of the Cowtown Angels and the VIC Investor Network, and volunteering as CFO of BioNorth TX.

She holds a BA in math and German from DePauw University, an MBA from the University of Chicago Booth School of Business, and a graduate certificate in genealogical research from Boston University.

Darlene has served on the national boards of the Association for Frontotemporal Degeneration, the International Business Innovation Association, and DePauw University, as well as several local boards, including Junior Achievement, Girl Scouts, and the American Heart Association. 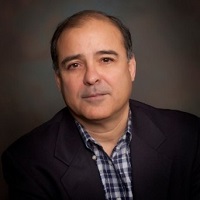 Al cofounded Renibus Therapeutics in 2015 as CEO. He is a veteran of the pharmaceutical industry with nearly 40 years of leadership experience in bringing new therapies to the market and readying pharmaceutical manufacturing facilities for commercial production at both well-established and start-up companies. Al brings a deep knowledge and insight into pharmaceutical manufacturing across many dosage forms and manufacturing operations. Prior to Renibus Therapeutics, he held senior positions at Genzyme/Bone Care, Wyeth, and Boeringher Ingelheim, as well as at start-up companies such as Medeva Americas and Adams Respiratory Therapeutics (ARP), where he, along with other team members, brought the Mucinex product line to the market. ARP sold to Reckitt Benckiser for $2.3 billion dollars in 2007. Most recently Al cofounded and held the role of President and CEO for ZS Pharma, a start up company developing a product for hyperkalemia or high levels of potassium in the blood.  ZS Pharma was sold to Astra Zeneca in 2015 for $2.7 billion dollars.

In his previous roles, Dr. Thapar was the Director and Head of Clinical Pharmacology at ESSA Pharmaceuticals. Prior to ESSA, Dr. Thapar founded a consulting company providing drug development guidance and strategy to start-up biotech companies in Texas and also served as VP of Nonclinical Development and DMPK at Claria Biosciences.

Before Claria, he held the Director of Drug Metabolism and Pharmacokinetics position at Reata Pharmaceuticals for over 6.5 years where he was instrumental in guiding synthetic triterpenoid molecule (NrF2 activator) selection, advancement and PK/PD evaluation both clinically and non-clinically; two of which are currently in late stage clinical development, bardoxolone methyl and omaveloxolone.

Prior to Reata, he held the Clinical Pharmacology Research Specialist position at the Pharmaceutical Development Center at The University of Texas MD Anderson Cancer Center where he led a team and instructed post-doctoral fellows focused on development of investigational anthracyclines & clinical therapeutic monitoring of anticancer agents.